Home » Local » Provincial Affairs minister’s office back to the top

Provincial Affairs minister’s office back to the top 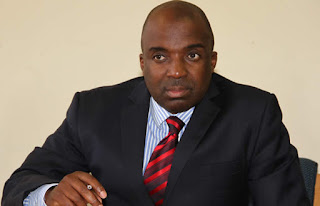 MASVINGO - The office of the Minister of State for Masvingo Provincial Affairs at Benjamin Burombo building, which had been moved from the second floor to the ground floor to accommodate the late Shuvai Mahofa who could not walk up the stairs, is being moved back up following the appointment of Dr Paul Chimedza as the new minister.
Upon being appointed minister in 2015 to take over from Kudakwashe Bhasikiti who had been fired the previous year during the 'Gamatox' purges, it was arranged that space be created at the ground floor for her.
This, however, squeezed the provincial medical department which had to share its little space with the new minister but now, it is back to the original office again where the new minister will enjoy a grander working space.
Sources close to the developments said it had been a hectic week at the office as employees restlessly prepared for the move back to the top.local
Share !