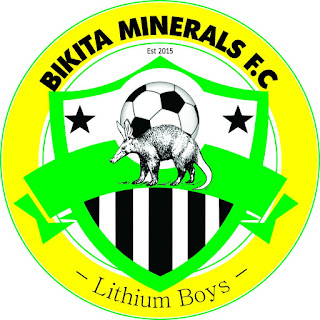 BIKITA – Zifa Eastern Region Division One new boys, Bikita Minerals FC last Saturday held eighth-placed Mutoko Traders FC to a nil all (0-0) draw at Lithium Stadium after a hard-fought game.
The transfer window allowed the team to beef up its cudgels with a few players who have proved to be instrumental in the team's improved play relative to its performance over the past weeks.
The new signings were Leroy Chivangu who came in from Mutoko Traders FC, free agent John Chitiga and Terrence Mazivisa who came from Triangle FC.
The lithium miners came close to take the lead in the 25th minute after a nicely curled volley by Terrence Mazivisa but The Mutoko goalkeeper was on point to deny the hosts an early score.
Bikita FC were on the driving seat for the better part of the game with veteran defender Pardon Chinungwa creating vital chances and providing some deadly passes but only to be let down by poor finishing.
Mutoko also created a few chances for themselves but they did not manage to penetrate the solid defence commanded by the experienced team captain Peter Muzondo.
Chitiga also had a feel of the ball after coming in as a substitute in the 73rd minute by making some touches on the central forward position.
Bikita FC head coach John Phiri was not really happy by the result but was impressed by the overall performance.
"We had a good game but the boys were not as composed as one would have wanted them to be. We could have scored many goals. The new guys were in top form and they have been a force to reckon with in the team," said Phiri.
In their next encounter, Bikita minerals will face Gutu FC at Paradise stadium in Mpandawana.sport
Share !