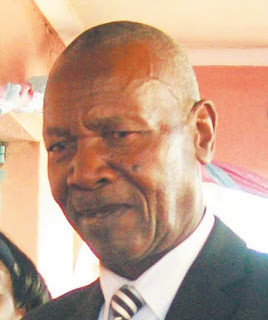 CHIVHU - As the nation braces for a general election next year, Chief Mutekedza has told traditional leaders not to dabble into politics and avoid being used to further the interests of any political party.
He was speaking at a meeting which he organised with his people, with the Zimbabwe Republic Police (ZRP), National Prosecuting Authority (NPA) and Forestry Commission being present as invited guests.
The outspoken traditional leader, born Andrew Zhakata, lambasted traditional leaders who affiliate themselves with political parties.
He referenced Section 280 and 281 of the Constitution that clearly state that traditional leaders must not be involved in politics.
"Constitution yedu yemuno munyika yeZimbabwe isu matraditional leaders hatitenderwe nemutemo kuti tive nedivi ratakarerekera munyaya dzemapato, kuita izvozvo kukanganisa zvikuru. Hamufanire kuve nezvinzvimbo muma party kuva secretary, committee member or any," said Chief Mutekedza.
He urged people in his area to affiliate to political parties of their choices without the influence of traditional leaders.
The chief criticised Members of Parliaments, councillors and ministers for putting themselves above those who put them into office instead of being true servants of the electorate.
He said only traditional leaders remained committed to the service of the people, not the public officials who get their positions through electoral means.
Chief Mutekedza reiterated the need for a crime-free community, urging traditional leaders to help keep peace by not interfering in political matters and respecting the people's right to choose.
Most traditional leaders in the country are fully identified with the ruling Zanu PF party to which they gravitate in their efforts to keep their perks and privileges.local
Share !