Upheaval in CSFAZ as Hwarare is barred from contesting chairmanship 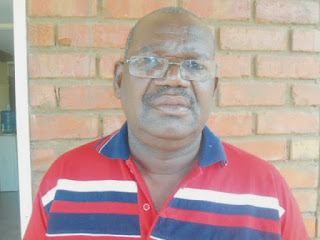 CHIREDZI – The Leadership of the Commercial Sugarcane Farmers Association of Zimbabwe (CSFAZ) last week held an emergency meeting and later addressed a press conference where they announced that former chairperson Addmore Hwarare was not eligible to contest again.
The leadership also took the chance to vehemently deny rumours that they were bankrolling the activities of Joice Mujuru's opposition National People's Party (NPP).
Mujuru was appointed CSFAZ patron by the previous executive led by Hwarare, then chairperson, and Darlington Chiwa then secretary general who is now Member of Parliament for Chiredzi West.
Current secretary general Roy Bhila and Tawanda Mafurutu, current chairperson, were deputising them.
Hwarare recently gave notifications that he wanted to contest for the post of chairperson which is currently being occupied by Tawanda Mafurutu.
The organisation will hold its elections on October 27 at South Eastern College.
CSFAZ was also alleged to be sponsoring Mujuru's NPP as she is still referred to as patron.
During the press conference, Bhila denounced Hwarare and insisted that he was no longer eligible to contest for any post in the organisation, claiming he was no longer a paid up member.
"The Association operates with a constitution which is clear on who should contest and who should not. According to it, any member who is fully paid up in terms of his or her levies is eligible to contest for any post.
"We have a database which indicates that so and so has paid up his levies when they go to the mill and the levy is given back to us. Hwarare is not even in my database as he failed to contribute for the last three seasons and it means he is no longer eligible to contest for any post," said Bhila.
Bhila also acknowledged that they were yet to notify former Mujuru that members had renounced her as the patron and they were now working to get first lady Grace Mugabe to take over.
"We are not funding Mai Mujuru's political party and that must be clear. We had a meeting with farmers on 15 December where an issue to replace the patron and trustee at cane lands was raised," said Bhila.
Hwarare, who gate-crushed the presser, said the association was now marred by factionalism and he boldly stated that he will not be barred from contesting.
"I personally wrote the constitution which you are citing. There are some circumstances that can hinder a farmer from paying up his levies like in my case, I was ill and you are the one who took care of my health bills," said Hwarare.

"I was also arrested because of the debts and even my plot was taken by banks in order for them to recover their dues from me.
"Muno MuMasvingo I will admit one thing that there is factionalism like what President Mugabe once said. There is Lacoste and G40 and that we are also experiencing in this association. Kana uri kwakati haupinde so kana ukangoziva kuna Bhila hakusiko kwandiri ini. Let people decide my fate not you guys, apa Bhila haugone kundirambidza kuti ndipinde.
"I had four Brigadier Generals in my council and it was Rugeje who nominated Mujuru to be our patron and he was seconded by Mashingaidze and she was still a clean vice president by that time.
"Chiwa wrote a letter to Mujuru requesting her to be our patron on my behalf and she accepted the offer. I can support that these guys responded by writing to someone, whom I can't mention here, in January 2015 after Mujuru sold out," he added.
Bhila is said to be aligned with Team Lacoste faction and is also an aspiring candidate for Chiredzi North while Hwarare is aligned to G40 and others say he is being deployed to destabilise the Team Lacoste-dominated executive.politics
Share !