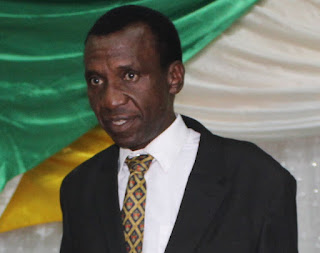 CHIREDZI – Arbitration in the long-running wage dispute between the Zimbabwe Sugar Milling Industry Workers Union (ZISMIWU) and Zimbabwe Sugar Milling Industry Employers Association (ZSMIA) has ended with the former being awarded a 15 percent increase.
The union had sought a 39 percent increase but Justice George Smith, who led the arbitration, in his findings released on October 18, recommended that with effect from April 1, 2017, wages be increased by 15 percent for Band A employees and 7.5 percent for those in Band B.
This means that if the outcome is effected, employees will have several months in backdated salary arrears that their employers will have to clear.
"Because of the poor rainfall in 2014/15 and 2015/16, those were not profitable periods for the respondent but the respondent did give the employees a wage increase in both years. 2016/17 was a very profitable year for the respondent but the employees did not receive a wage increase that year. I consider that a wage increase should be awarded for 2017/18," reads part of the ruling.
Employees welcomed the outcome although there are lingering worries that the employers association, which is dominated by Tongaat Hullet, will appeal against the findings.
Addressing multitudes of workers from both Hippo Valley and Triangle, ZISMIWU secretary general Rtd Major Faster Gono struck a conciliatory tone; urging employees to protect their jobs by defending Tongaat Hullet from greedy politicians.
"Tongaat Hullet Zimbabwe is company which brings food to our tables. We therefore have to jealously guard its property. If you see some of its plots being seized by politicians, you are encouraged to act accordingly in order to keep your jobs," said Gono.
Justice Smith's ruling states that the employer had made it clear that at the moment, it had the capacity to foot the 39 percent increase but feared some unforeseen eventualities that would eat into its profits margins and render the adjustments unsustainable.
"Firstly, the respondent has, in various fora, pleaded that it has the capacity to pay 39% demanded by workers, but fears that because of unknown factors, such as drought, which may occur in the future, it feels that it would be imprudent to award a wage increase," reads part of the report.
Tongaat Hullet also argued that it must be considered that the company remained the only one, in as many industries, that still paid its employees on time.
"..Irregular pay days due to inability to raise enough cash for wage payments when due. This is now a norm in Government, which has traditionally been able to pay wages and salaries on due dates. Several institutions such as quasi-Government entities, municipalities and private companies, are in arrears in terms of wage commitments. The Sugar Milling Industry has managed to pay all its employees on time," reads part of the report.
Justice Smith was appointed arbitrator on June 19, 2017 between ZISMIWU, which pledged to accept whatever outcome of the arbitration, and the employers association which comprises Hippo Valley (Pvt) Ltd, Triangle Limited and the Zimbabwe Sugar Association.
The issue at hand was to determine whether or not there was need to increase sugarcane milling industry workers' wages following a deadlock between the employer and the union on March 21.
The labour office had failed to settle the matter and had issued a certificate of 'No Settlement' before referring the matter for voluntary arbitration.
ZISMIWU wanted a 39 percent wage increase across the board, complaining that its members were the worst off in the Southern Africa sugar industry and were living way below the poverty datum line.
The union argued that the least paid workers for Tongaat Hullet employees in South Africa earned ZAR 6 000, those in Mozambique earned an equivalent of US$480, while those doing similar work in Swaziland earned an equivalent of US$400.
This contrasts starkly with employees here in Zimbabwe who earn as little as US$180.top news
Share !