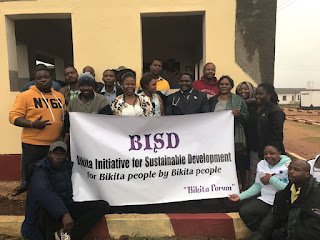 BIKITA – Bikita Forum, a non-profit organisation put together by local people, last Saturday, October 28, held a free-of-charge medical outreach which saw 400 people receiving free medical treatment at Mtikizizi Clinic as part of the group's attempts to make a change in the community.
The initiative saw doctors and nurses from hospitals and clinics around the district attending to patients suffering from various ailments.
Notable contributions came from influential people such as Sudden Makuwe who donated US$250 worth of fuel, local Members of Parliament Jeppy Jaboon and Beauty Chabaya as well as Senator Ellen Rungani who made a substantial monetary contribution.
Other notable people present were former Bikita Rural District Council Chief Executive Officer (CEO) Johnson Mupamhadzi, incumbent Chief Marozva Solomon Mudhe and Tongai Wharu, who represented the Minister of Health and Child Welfare.
The response from villagers was so overwhelming that doctors ran out of medicine and some patients had to go back home without full medical attention.
Lucy Chivasa, a legal practitioner who is also a member of Bikita Forum, thanked all members and community leaders for working together to bring relief to the people of the district.
"As an organisation, we are very much open for donations from all like-minded people and organisations so that we can spread the charity initiative. We want to come up with something bigger and better next time," said Chivasa.local
Share !