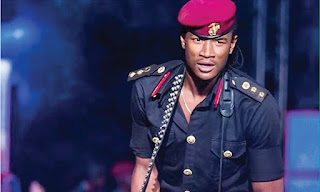 MASVINGO - Two famous Zimbabwean musicians Jah Prayzah who has just released his latest album 'Kutongwa Kwaro' and Winky D failed to show up for a show at Caravan Park last Friday.
People were, however, infuriated by the organisers' failure to properly communicate the problems.
"People at Caravan Park are not serious and they are taking our support for granted. We spent six hours in cold weather waiting for artists they knew will not come, and they did not even bother to refund us," said one reveler.
Fans who thronged the entertainment joint were only treated to some stage-warming performances by Ras Caleb, Alchemy, MC Kuleza and Baba Raah but they did not expect that to be all in it for the day.
TellZim News tried to contact one of the organisers, Fortune Ngarande, but could not reach him on his mobile phone.
"We would like to start by greeting our loved customers brothers and sisters. Secondly we also apologise for the inconvenience after the well-planned Music Festival which was to be enlightened by the two Musical stars Winky D and Jah Prayzah. Several factors contributed which made the artists not to show up including the rains," read a statement that circulated on WhatsApp after the debacle.entertainment
Share !