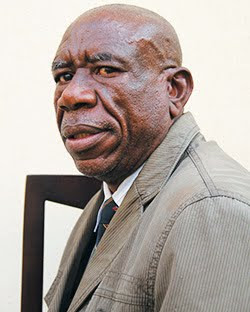 CHIREDZI – Chiredzi South Member of Parliament Rtd Brig Kallisto Gwanetsa said his efforts to facilitate the upgrading of Chilong Bridge across Runder River have been frustrated by the Ministry Transport and Infrastructural Development which seems unconcerned.
The long-mooted plans to upgrade the bridge remain empty talk with yet another rainy season approaching yet nothing has been done on the ground despite numerous pledges by politicians.
"I had a meeting with the Minister and Permanent Secretary in the Ministry of Transport and Infrastructural Development about the issue in 2015 and I keep on reminding them on the issue but nothing has changed.
"I understand we are facing economic hardships in the country but it seems our area is being neglected. Bridges in other areas which were damaged after Chipinda Bridge were constructed but they all bear the same value to the communities.
"We are now waiting for the rain and hopes for the construction of Chilonga Bridge this year are fading. Runde River will soon be flooded and this will cost more lives of villagers who cross using homemade canoes and even vehicles," said Gwanetsa.
After the washing away of Chipinda Bridge by Cyclone Eline back in 2000, people who live across the river have had trouble getting to Chiredzi in the wet season.
Ever since, an average of five people have been swept by the river while trying to cross Runde using the dilapidated and low-lying Chilonga Bridge or makeshift boats.
People who live to the south of the river have to travel to Chiredzi town to access banks, the District Administrator (DA)'s offices, Chiredzi General Hospital, district education offices and the Registrar General's office among other services.local
Share !