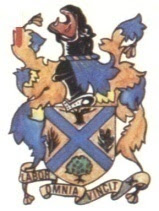 CHIREDZI – The Chiredzi Residents and Ratepayers Association (CHIRRA) together with the United Chiredzi Residents and Ratepayers Association (UCHIRRA) has expressed concern over what they called is an unfair rates regime.
The residents' organisations say there should be a clear cut difference in rate charges for ordinary people and the business community since the latter are heavy users of council services particularly water.
CHIRRA chairperson Jonathan Muusha said there was gross inequality in the way council is charging residents for water as those who enjoy uninterrupted supplies are charged similarly as those who receive rationed supplies.
"It is very unfair for the resident who receives water for 30 minutes a day to be charged the same as those who enjoy uninterrupted services. You find that the business community and parastatals do not pay their rates and owe council large amounts of money.
"The ordinary folk is paying for the water which is being used by those people who do not pay for the service. This has to stop. The people who receive rationed water should pay less and those who receive the water more often should pay more," said Muusha.
UCHIRRA secretary general Bernard Dhachi said council should make use of a performing budget which will cater for all Chiredzi residents.
"Council should work on a performing budget which will cater for all Chiredzi residents as others are unhappy with the below average service delivery levels," said Dhachi.
Chiredzi Town Council has approved a US$4. 5 million budget for the year 2018.local
Share !