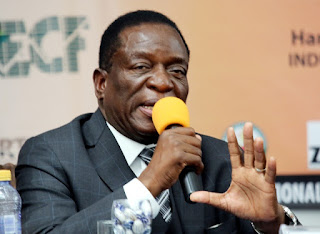 MASVINGO – Zanu PF's Lacoste faction which was supporting sacked Vice President Emmerson Mnangagwa from taking over power from President Robert Mugabe are still struggling to come to terms with their new reality, and some of his most hard line backers in Masvingo province are still clinging to hope that their leader will stage a dramatic comeback.
President Mugabe fired Mnangagwa from government on Monday, November 6, over a spate of allegations among them disloyalty.
Team Lacoste kingpins in Masvingo by Wednesday this week – two days after Mnangagwa was fired – were still in denial insisting that their leader will fight back.
On the contrary, sources from Forbes Border Post, however, alleged that Mnangagwa attempted to secretly cross the border to Mozambique on Tuesday morning, but in vain.
G40 fanatics have since taken over all strategic positions in the provincial structures relegating members of the Team Lacoste faction to the periphery, leaving them open to attack and expulsion.
Members of the Lacoste faction were running parallel structures to those of the G40 faction, and prior to the dismissal of Mnangagwa, G40 was having a Provincial Coordinating Committee (PCC) meeting at Flamboyant hotel while Lacoste was having their PCC at the provincial show grounds.
G40 faction has since recommended the expulsion of senior Lacoste functionaries in the province among them Psychomotor minister Josaya Hungwe, Zanu PF chief whip Lovemore Matuke, Paul Mangwana, Edmund Mhere, Ezra Chadzamira and Clemence Makwarimba among others.
At the Lacoste PCC, members had recommended the expulsion of rivals among them Masvingo resident minister Dr Paul Chimedza, Foreign Affairs minister Walter Mzembi, Daniel Shumba among others for fanning divisions in the province.
Ronald Ndava, Zanu PF Masvingo provincial spokesperson and alleged Lacoste foot soldier said there is no factionalism in Masvingo but there only power hungry people misleading President Mugabe.
"We do not know of any Lacoste or G40 factions in the province. All we have are people who are power hungry and are doing everything they can to achieve that. We are fully behind all our national leaders and the President," said Ndava.
Asked to comment on allegations that he is loyal to Mnangagwa and what would happen if Mnangagwa were to get fired, Ndava skirted the question and said he was not Lacoste.
"We are loyal to Zanu PF and all the top leadership. Other things I am not at liberty to comment but we will have a statement in the event that happens," said Ndava moments before it dawned to him that President Mugabe had indeed fired Mnangagwa.
The main players in the Team Lacoste camp including suspended chairperson Ezra Chadzamira were all sweaty as they struggled to come to terms with the new reality that their 'boss' had been booted out.
Realising that it was game over, Ndava left the venue in a huff running away from questions while at Flamboyant G40, was having a field day savouring their victory.
Masvingo provincial political commissar Jeppy Jaboon, a G40 leader in the province, said only people who are loyal to Mugabe will go to the congress.
"We are going to make sure that every person who is going to the congress is fully behind the President and First Lady. We are going around our districts to rally support for the President and warn people against following the suspended Chadzamira and crew.
"Every person who follows Chadzamira is risking being booted out. People who are not loyal to the President have no place in Zanu PF," warned Jaboon.