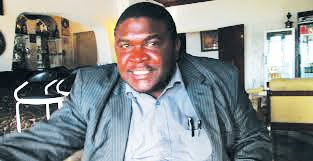 GWERU – In a dramatic turn of events, the High Court has reinstated sacked City of Gweru mayor, Hamutendi Kombayi and 11 other councillors to their posts after they successfully challenged Local Government minister Saviour Kasukuwere's decision to fire them.
Of the eleven, 10 had already been given back their posts and it was from that group that Charles Chikozho had been elected as Kombayi's replacement. Ward 4 councilor, Kenneth Sithole had been expelled.
Kombayi was fired in February this year on the recommendations of an independent tribunal tasked to probe allegations of gross incompetence, maladministration and abuse of office.
He had been on suspension since August 2015.
"…it is ordered that, the decision of the 1st Respondent (the independent tribunal) be and is hereby set aside…the convictions of the applicants be and are hereby set aside and quashed.
"The 1st and 2nd applicants (Kombayi andSithole) are hereby reinstated to their positions as councillors of the City of Gweru forthwith, without any loss of allowances and benefits," reads part of the judgment accessed from the applicant's lawyers; Dube and Gundu Legal Practitioners.
"The 5th responded (Kasukuwere) shall bear the costs of this application," reads part of the judgement.
Speaking to TellZim News, Sithole said he was glad the judiciary was still showing some independence in upholding the rule of law.
"It's good that the rule of law is still applicable in the country. We were being told every day that we could not challenge the minister as he is one of the powerful people ruling the country.
"I am also happy because I now have a chance to finish my term in council and will definitely continue from where I left for the sake of service delivery," Sithole said.
Kombayi could not be reached for comment.top news
Share !