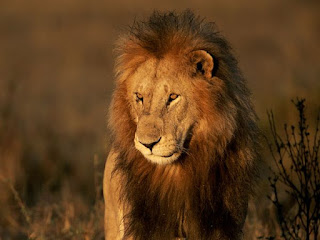 17-11-2017 - CHIREDZI – Villagers in Dhitoyi area under Chief Tshovani are living in fear after two stray lions killed a three-year-old girl and injured her 12-year-old brother last weekend, TellZim News can reveal.
The area falls under Chiredzi Rural District Council (RDC) Ward 17, where human/wildlife conflicts are rife.
Zimparks public relations manager Tinashe Farawo confirmed the grisly incident saying they had received reports of two juveniles who were attacked by two marauding lions last Saturday evening.
"I can confirm that we received a report that two lions killed a three-year-old girl and injured her 12 –year-old brother who is currently admitted at Chiredzi General Hospital.
"The mother was in the kitchen while cooking when she sent her son to collect mealie meal in the next hut. The boy was carrying his sister on the back. The minors were intercepted by the lions as they moved back to the kitchen," said Farawo.
The boy managed to escape but his sister was mauled to death by the predators that only left the girl's intestines scattered a few metres away.local
Share !