Low response to BVR in Makoni 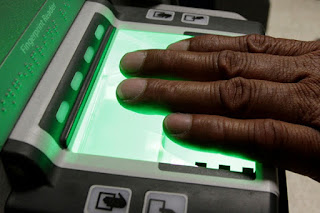 RUSAPE – The third phase of the Biometric Voter Registration (BVR) reached Makoni with fewer than expected people responding to calls to register as voters, TellZim News has noticed.
At 602 Hall where people gathered last week to hear from Zimbabwe Electoral Commission (Zec) district officer Joel Mutambiranwa, people who spoke to TellZim News indicated that they were not in the know as to how the BVR was all about and how it worked.
"We are not very sure how it is different from the previous system. We only heard that this time they are taking fingerprints. There was need for more awareness campaigns so that we can all know what exactly is happening," said one woman.
This was echoed by another youth who said different people were explaining BVR in different ways depending on their motives.
"Some people are saying the system will be used to capture details of all voters so that it can be known when they vote for an opposition candidate while others are saying it is a better way of registering," said the youth.
In his address at the hall, Mutambiranwa recounted the shortfalls of the previous phase and briefed Zec officers on what needed to be done this time around.
"We must work towards ensuring that everybody who is eligible is registered to vote so that the BVR becomes a success," said Mutambiranwa.
TellZim News noticed that many registration centres were not at all busy last week and early this week, with some centres in Makoni recording no registration at all.local
Share !