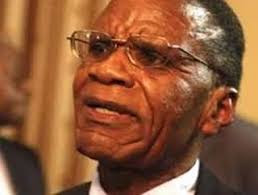 MASVINGO – Recommendations contained in the government-sanctioned Information and Media Panel of Inquiry (IMPI) are unlikely to see the light day after the Zimbabwe Media Commission (ZMC) Chief Executive Officer (CEO) Dr Tafataona Mahoso questioned the credibility of the document.
Dr Mahoso and his team were recently in Masvingo where they held a discussion with local journalists on matters of mutual interest.
Responding to a question on when government planned to implement recommendations of the inquiry, Dr Mahoso attacked the composition of the panel that conducted the research, indicating that most of the people were brought on board for patronage reasons.
"IMPI makaitangira padumbu (In the case of IMPI, the cart was put before the horse). The process had no legal standing vis-à-vis ZMC. Even the budget that was allocated to IMPI was 10 times bigger than the ZMC budget. Some of them were getting $500 every day. How could that be?" queried Dr Mahoso.
He also claimed that most of the researchers had no sound appreciation of the media industry whatsoever, but were nonetheless given places on the panel so that they too could enjoy the gravy train.
"Kwakatorwawo vamwe vanhu vasingaziviwo zvavo nezve media (people with no background in the media were included). A busload for work that could simply be done by a few people, and they produce a voluminous text whose contents amount to very little. As media, you are free to critique its composition and make up your mind," said Dr Mahoso.
The 666-page IMPI report, officially presented to authorities in April 2015, was a result of almost one year of extensive outreach work done by media stakeholders at the behest of then Minister of Information, Media and Broadcasting Services Professor Jonathan Moyo.
Although the report was generally well-received as critical in improving operations of the media in Zimbabwe, government has sat on it ever since its release.
Among other things, the report notes that corruption has permeated the media industry and journalism standards have declined.
It recommends that repressive laws like the Access to Information and Protection of Privacy Act (AIPPA) and the Broadcasting Services Act (BSA) be reviewed in line with the new Constitution.
"In the long term, there should be constitutional and legislative shift to allow self-regulation of the media, in line with regional and international standards," reads part of the report.local
Share !