Masvingo Team Lacoste comes out in support of Army 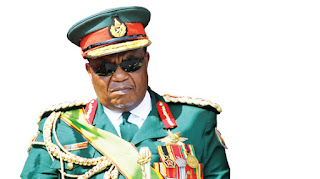 MASVINGO – The Team Lacoste Masvingo provincial youth and women's leagues today, Thursday, said they were behind the Zimbabwe Defence Forces (ZDF)'s current intervention in national politics.
Speaking at a press conference held at the show grounds, youth league political commissar Brian Munyoro said they were in support of the army's actions that he said were meant to address challenges in the party and the national economy.
"Noting that the Defence Forces led by General Chiwenga instituted a smooth peaceful transition to ensure constitutionalism and democracy in the ruling party, further noting that criminals and corrupt elements had surrounded His Excellency, the President R. G Mugabe, we give our unwavering support to the revolutionary commander," said Munyoro.
He emphasised the need to vote for a new youth chairperson saying the current chair Nobert Ndaarombe was a member of the rival G40 faction.
Munyoro had been suspended together with other colleagues that include Ezra Chadzamira who had been suspended as provincial chair and Maina Mandava who faced the chop from the provincial women's league.
On her part, Mandava indicated that Team Lacoste was now back in charge of the provincial women's league. She further said the G40 faction had pushed them away from the President Robert Mugabe simply because they had refused including the first lady Grace Mugabe's name in party slogans.
"The party had its slogan which included the party and the president's names only. We were now being forced to include the first lady's and failure to do so was interpreted as going against the President," said Mandava.topnews
Share !