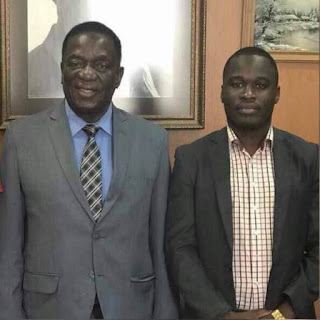 01 Dec 2017 - As the nation celebrates the coming in of the new President Emmerson Dambudzo Mnangagwa, there are key names that quickly come to mind. Of course, everybody is quick to think of the Zimbabwe Defence Forces (ZDF) commander General Constantine Chiwenga who played a critical role in helping Mnangagwa to come back and assume the most powerful office in the country. 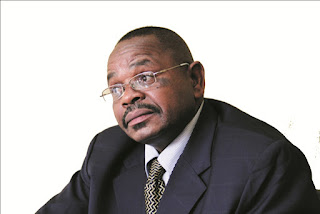 There are several versions with regards to how Mnangagwa managed to navigate his way to become Zimbabwe's first citizen - the position which had been occupied by his predecessor for 37 years.
Again, people may not necessarily buy some of the versions, for example reports that famous prophet Madzibaba Wimbo once openly told Mnangagwa that he needed assistance - hanzi ega haangazvigoni, anoda kubetserwa - 'he could not make it to the top by himself as he needed assistance, hence the coming in of the army general.  However, we cannot dispute the fact that Mnangagwa has a few individuals to thank for his success especially in Masvingo province.  There are several people who openly played a pivotal role in Mnangagwa's success story such as the Gutu Central Member of Parliament MP Lovemore Matuke. At one point, Matuke became isolated as Zanu PF officials ran away from him following the former President Robert Mugabe's rantings in Bulawayo.
Mugabe was very open in attacking Matuke for supporting Mnangagwa. Zanu PF is full of political turncoats that conveniently dessert friends when the going gets tough. Only a few individuals such as Senator Clemence Makwarimba, Ezra Chadzamira and Edmund Mhere remained loyal to their cause. However, Mnagagwa's long-time ally Josaya Hungwe had already decided to find comfort at the border line. They had since decided to avoid public pronouncements and people were therefore left guessing as to whether they were still supporting Mnangagwa or not. 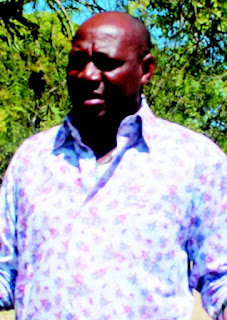 During the height of the political fight between the G40 and team Lacoste, there were some people who were committed to fight tooth and nail in defence of their leader Mnangagwa.
The young, ever innovative and energetic youth leader Charles Munganasa, powerful strategist in the party Phainos Makwarimba and soft spoken schemer Zaka Central MP Paradza Chakona were key pillars of Mnangagwa's success in Masvingo province.
The three may have not featured often in the public, however, research by this publication has since indicated that had it not been the trio, Mnangagwa was going to find it very difficult to maintain his support in Masvingo.
The three unsung heroes in Mnangagwa success story were already facing serious persecution during the short period that Mnangagwa spent in exile.
Charles Munganasa is believed to be the one who organised a bus full of party youths who booed Grace Mugabe in Bulawayo during the ninth interface rally. Apart from organising the youth to embarrass the former First Lady, Munganasa's connection to the tertiary student community helped in keeping the Mnangagwa brand alive in tertiary institutions. Phainos Makwarimba is widely believed to be the sober brains that advise Masvingo's Zanu PF council of elders. It is widely believed that had it not been Makwarimba's involvement with Team Lacoste in Masvingo, we may be talking of a different story line today. Chakona is regarded as a shy character who is not very aggressive during meetings but his contribution towards Mnangagwa's rise can never be downplayed. It is said Chakona used to go directly to Mnangagwa to tell him what to do. Sources say it is Chakona and Munganasa who helped Mnangagwa to fight Jonathan Moyo by compiling dossiers with information to counter the former Higher Education minister's presentation in the politburo meeting.top news
Share !