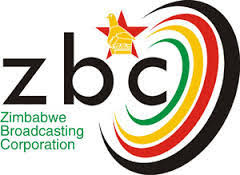 ZVISHAVANE - Two Mberengwa men have appeared before the Zvishavane Magistrates Court for making false witchcraft claims on ZTV.
Sifelani Dube (27) and Soton Dube from Chief Chingoma in Mberengwa appeared before magistrate Archie Wochiunga facing charges of criminal nuisance as defined in section 46 (2) (v) of the Criminal Law (Codification and Reform) Act Chapter 9:23.
The duo appeared on ZTV on the October 19, 2017 and made false claims that they practiced witchcraft.
They also claimed that they were in possession of a hyena, an owl, a baboon, a snake and cats that they claimed to use in their witchcraft business and to recover their money from bad debtors.
State prosecutor, Stanley Ncube told the court that they confessed that they made their false statements in order to alarm the nation for the sake of attention and possibly to make money from the mystified public.
He said when investigations were done in the wake of their TV appearance, it was proven that the two were scammers who possessed none of the things they claimed to have and that they actually were not wizards.
Magistarate Wochiunga found them guilty of fraud and interfering with public comfort and peace.
They were both remanded for mental examination and will be sentenced when the results are out.local
Share !