‘Morning after’ pills now a hot commodity in Masvingo 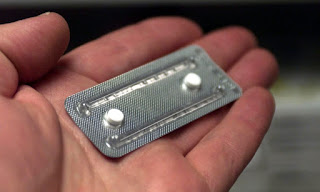 MASVINGO - Due to the overwhelming demand for levonorgestrel tablets, popularly known as morning after pills, pharmacies in the city are now often running out of the emergency contraceptive.
Pharmacists who spoke to TellZim News said there is an increase in the demand for the pill such that they often find themselves out of stock.
One pharmacist said though she was pleased with the brisk business that the pill was according her, she was equally worried that people seem to mind pregnancy more than they care about contracting STIs.
"It's now happening more often than not. The students are our biggest customers and they mop up everything especially when there is a concert in town or when there is a big sporting event.
"This is a pointer to young people having unprotected casual sex and that does not bode well with efforts to achieve an HIV-free generation," said the pharmacist.
Masvingo is one of the HIV hardest hit province, with recent reports that a new drug-resistant strain of the virus had arrived in the city which acts as a transit for truck driver and cross-border traders.
TellZim News recently checked with all pharmacies in town and established that the pill, which costs an average of US$7, was indeed out of stock.
When contacted Provincial Medical Director (PMD) Dr Amadeus Shamu said he was not worried by the shortage as government has always encouraged safer sex.
"The shortage of morning after pills is not something that one should worry about since there are better alternatives. Family planning pills are also readily available for those who need them," Dr Shamu said.
Government, through the National Aids Council (Nac) has adopted the global 90-90-90 target by which it is hoped that by year 2030, 90 percent of people must get tested, 90 percent of people living with HIV must be on treatment and 90 percent of people on treatment must have suppressed their viral loads.local
Share !