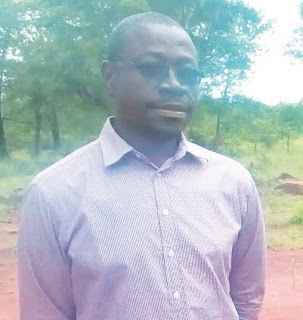 CHIREDZI - Former Tongaat Hullet Zimbabwe agriculture director, Farai Musikavanhu, who was recently slapped with a prohibition order by the Amasa Nhenjana-led executive before the current military-driven political dynamics began, could find himself further ostracised after a letter he wrote trying to curry favour with Saviour Kasukuwere went public.
Musikavanhu was issued the prohibition order alongside other suspected Team Lacoste kingpins like Roy Bhila and Ailes Baloyi for allegedly campaigning for parliamentary seats before the right time.
Tables, however, dramatically turned against the G40 faction – with which Nhenjana and his acting deputy chairperson Dr Paul Chimedza identify – when the Zimbabwe Defence Forces (ZDF) intervened on November 15 ostensibly to remove criminals around President Robert Mugabe who were causing immense suffering in the country.
The intervention brought immense advantages for Team Lacoste and Musikavanhu would have been in a position to gain had he not written a letter to the now on-the-ropes Kasukuwere who was Zanu PF national political commissar.
In the letter to Kasukuwere, Musikavanhu tries to paint himself in a positive light, highlighting his good relationship with Walter Mzembi, another G40 kingpin who is now on the run.
Musikavanhu is interested in contesting the Chiredzi West parliamentary seat which is at the moment held by Darlington Chiwa, who is also in the G40 camp.
"Post my meeting with Hon Chiwa last year; I had an opportunity to brief the Party National Political Commissar Hon. S. Kasukuwere who gave me guidance on the do's and don'ts in respect of my aspirations to be a Zanu PF candidate for Chiredzi West constituency.
"The NPC told me that there was nothing wrong in carrying out developmental projects as long as I did this in consultation with the relevant party leadership and ward councillors," part of the letter reads.
When TellZim News contacted him for comment, Musikavanhu defended himself and tried to besmirch Chiwa, whom he alleged was still in possession of MDC-T t-shirts from back in 2008 and was in touch with the Mozambican rebel group Renamo.
"I wrote the letter in response to the prohibition but I am purely Zanu PF unlike Chiwa, Gwanetsa and Masiya who are rumoured to be in touch with Matsanga in Mozambique. Those are the G40 people who got me prohibited," said Musukavanhu.
Kallisto Gwanetsa and Denford Masiya are the Members of Parliament for Chiredzi South and Chiredzi East respectively and are known to be dedicated G40 foot soldiers.
An elated Team Lacoste insider who saw Musikavanhu's letter, however, said the former Tongaat Hullet executive had shown his true colours and will 'never again be allowed to cheat the party'.
"We know that he had sympathies for the G40 gang and was hobnobbing with them in the dark behind our back. He won't stand for the party in 2018 because we now have enough evidence against him and the other sycophants. He must forget about Chiredzi West, we know his obsequious behaviour," said the source.local
Share !