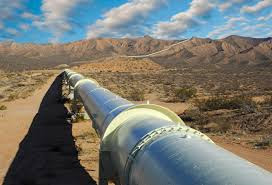 MUTARE – Council is set to deal with water woes that have affected high density suburbs following a resolution to resume construction of the US$1.1 million Dangamvura water pipeline.
The State Procurement Board (SPB) recently approved continuation of the project which started in 2011 but abruptly came to a halt due to financial constraints.
Speaking to TellZim New, Mayor Tatenda Nhamarare said council was determined to see the project through.
"We resolved as council to resume the work using internal resources while plans are being made to source more funds from elsewhere.
"The pipeline will link Chikanga and Dangamvura and once the required materials have been acquired, we will then start the project which is set to bring an end to water problems that have affected Dangamvura residents for a long time," said Nhamarare.
Residents who spoke to TellZim News said they hoped that the project will be completed quickly to bring an end to their misery.
"It is a good thing that council has taken the stance to put an end to water problems that have affected us as residents. Many people had lost hope that anything will be done to solve the water shortages they have faced all along," said Ignatius Tivatye of Dangamvura.local
Share !