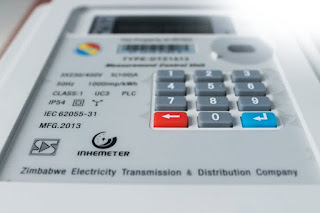 MASVINGO – Only two percent of households in Masvingo are still using the old electricity meters and are yet to be connected using the recommended prepaid meters, the Zimbabwe Electricity Transmission and Distribution Commission (ZETDC) says.
At a workshop organised by the Zimbabwe Energy Regulatory Authority (Zera) and the Consumer Council of Zimbabwe (CCZ) recently, ZETDC commercial manager for Manicaland and Masvingo provinces, Fabion Mabaya said 98 percent of all households in Masvingo were using prepaid meters.
He said the remaining two percent will have their own prepaid meters before the end of next year.
"Out of 36 000 houses that we have in Masvingo, only 700 have no prepaid meters and I promise you before the end of next year, prepaid meters will have been installed in those houses.
He urged residents to save electricity by using energy server lamps as the country has to raise foreign currency to import supplementary energy from neighbouring countries.
He also said the country had saved 110 megawatts of electricity since the introduction of prepaid electricity meters in 2011.local