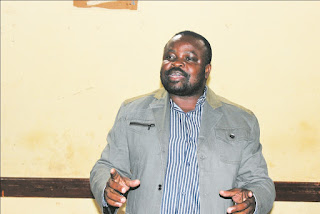 CHIREDZI - Givemore Mutowo (19) from Rufaro C in Triangle recently appeared before Chiredzi Regional Magistrate Judith Zuyu facing charges of raping a 49-year old sex worker who plies her trade at Chiwa Night Club along Chiredzi-Ngundu Road.
The night club belongs to Chiredzi West Member of Parliament (MP) Darlington Chiwa.
According to State papers, the complaint was drinking with friends when she excused herself and went to use the female restrooms.
After noticing that the toilets were dark as there were no lights, the woman decided to go outside and make use of the bush.
The accused then ambushed the complainant and tackled her onto the ground and began caressing her.
He overpowered the complainant by hammering her face with a brick, tore her panties and had raped her.
In his defence, Mutuwo denied that he was at the night club on the day in question but the State argued that a visible scar on his left hand was a result biting by the rape victim.
The complainant said nobody seemed to have heard her cries for help during the rape probably due to the loud music that was being played in the night club.
Mutowo was remanded to November 28 for judgement.
Moreblessing Rusere prosecuted.local
Share !