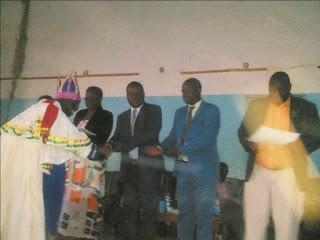 MWENEZI – Church leaders and other ordinary Christians who recently gathered at Rutenga growth point under the banner of the newly-formed Zimbabwe Anointed Church Leaders Association (ZACLA) were urged to observe the country's laws and refrain from marrying underage children.
The congregation, which also witnessed the handover of certificates of recognition to 23 ZACLA affiliate bishops, was attended by ordinary people, councillors, Chief Neshuro and the District Administrator (DA) Rosemary Chingwe who was the guest of honour.
Addressing the gathering, ZACLA president Bishop Obed Shoko urged fellow bishops and Christians to observe the laws of the country by refraining from getting children into abusive marriages.
"To fellow bishops, the certificates we issued are not a passport to steal from worshippers. You should be exemplary in the discharge of God's duties. We want Bishops who strictly observe the laws of the country as guaranteed as required by the Constitution.
"We do not tolerate bishops who marry young children under the guise of religion. You should urge fellow worshippers to refrain from such unholy behaviour or risk the full wrath of the law," said Shoko.
In a side interview, Bishop Shoko said his newly formed association – which was launched in the district early September – is expected go on a membership recruitment drive in other parts of the province.
He added that by end of this year, his organisation will have a national footprint.local
Share !