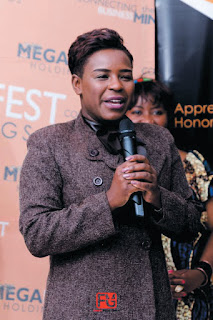 GWERU – Village Lodge Group of Companies marketing and functions manager Nokutenda Zhou has been named 2017 Young Manager of the Year, Midlands Province.
Zhou joined the firm in 2008 as a trainee but her ingenuity and hard work saw her moving rapidly up the ladder.
Megafest recognises and honours the leadership efforts of business minds from all over Zimbabwe by sponsoring awards at both regional and national levels.
"I so humbled that I won this prestigious award as I have always worked hard since joining the company. I started as a trainee in 2008 and rose to become a night auditor. I was later assigned the functions coordinator role, a position which I held until I became the marketing and functions manager," Zhou said.
Zhou thanked President Robert Mugabe for his efforts to empower women so that they too can rise to take up posts that have traditionally been a male dominion.
"Thanks to President Mugabe's policies of empowering women. People were used to seeing women being sidelined to less influential posts. I would like to encourage other young women to work themselves up to higher positions.
"In order to be relevant, keep abreast with what is happening in the rest of the world and think like there is no tomorrow," Zhou said.
The event drew people from various business sectors in the Midlands.
River Valley Properties Chief Executive Officer (CEO) Smelly Dube scooped the Businesswoman of the Year Award for the second time in a row.
Her husband Peter Dube walked away with the Businessman of the Year Award.business
Share !