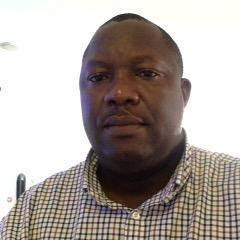 MASVINGO – The Zimbabwe Human Rights Association (ZimRights) and the Election Resource Centre (ERC) have partnered for a massive campaign to encourage people to vote as well as to teach them about the new Biometric Voters Registration (BVR).
Last week Saturday, the campaign came to Masvingo where a roadshow was staged in town, attracting a large crowd eager to learn something about the exercise which for many people remains shrouded in misconceptions.
The roadshow was successful in spite of rainy weather partly due to the use of loud music and the presence of Sesi Mamoyo, a local dancing sensation, as well as two Harare-based dance groups; Millenium Queens and Manjenje.
The roadshow was part of ZimRights' countrywide #10x10 campaign launched in September to encourage each person to mobilise 10 other people to register as voters – with the 10 expected to each mobilise their own 10 so as to create an incremental effect.
ERC was also spreading its #RegisterElectEngage campaign which seeks to encourage people to participate in the entire electoral cycle.
Speaking to TellZim News at the sidelines of the event, ZimRights director Okay Machisa said he was pleased that people in Masvingo had shown the zeal to learn about the new registration system and to assert their electoral rights.
"The first phase of the campaing gave us a number of lessons on how to dynamise the approach of motivating and mobilising citizens. We learnt quite a lot from the first phase and when we approached the second phase, it was totally different from the first one because we now knew where the people are, how they want to be motivated and how we can mobilise them.
"The selection of our roadshow spots is a strategy of going where the people are. We are pleased with the strategic positioning of this particular roadshow as it is being done just a few metres from a registration centre and we can see people are going to register," said Machisa.
He praised the partnership with ERC, saying a formidable campaign had been put in motion, going into rural areas to spread the message.
"We have been in Mwenezi, Chivi and Bikita. Phase three is targeting areas like Zaka North, Gutu and others. We are in an excellent partnership with ERC; we have been in this game for a long time together. ERC comes with a wealth of training skills, we come with a wealth of mobilisation and motivation capabilities," said Machisa.local
Share !