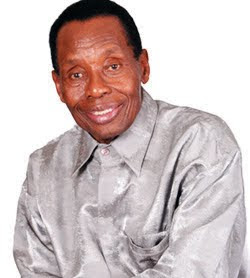 CHIREDZI – A Chikombedzi woman has threatened to engage the Zimbabwe Assemblies for God Africa (ZAOGA) leader Apostle Ezekiel Guti over a matter in which she accuses the local pastor of helping her husband to marry a second wife.
Rugare Mago accuses Pastor Chauke of giving his blessings to the marriage between her husband Solomon Ngonyamo and a woman identified as Margaret Ndlovu.
"I was shocked when I was told that banns on the marriage between my husband and the new woman were made. The pastor allowed those marriage announcements to be made when he knew fully well that I am still married to my husband. I am thinking to go a seek help from Bishop Guti in Harare," said Mago.
The marriage between Ngonyamo and Ndlovu was solemnised by Overseer Barnabas Makonde and stamped at the Chiredzi Regional Magistrates' Court on November 30 despite an ex-parte application of interdict to bar the marriage having been made by Mago a day before the marriage.
"I contracted an unregistered customary law union with Ngonyamo in 2002. Two children were born in this union of which all the children are still minors.
"On November 15, I was informed that my husband had posted banns with the intention to marry Margret and I contacted Overseer Chauke to cancel the banns but he refused," reads the interdict, which was signed by the Clerk of Court and dated November 29.
After being served with an interdict, Ngonyamo and Pastor Chauke instructed their lawyers, Zimbodza and Associates to apply for a peace order barring Mago from attending the wedding.
The peace order draft indicates that Ngonyamo had given Rugare a token of divorce (gupuro) in the presence of her aunt on the grounds of infidelity.
"Sometime in 2016, I had a misunderstanding with the respondent due to infidelity on the part of respondent who was having an affair. On the first incidence, I forgave her but she however remained unfaithful in the marriage.
"On the 2nd incidence, I caught the respondent red-handed in the act of infidelity and that led to the termination of our customary law union by me giving her a divorce token in the presence of her aunt, who came and collected (sic) her and they informed me that she was going to have a new husband," reads part of the peace order.
When Mago's namesake aunt was contacted for comment, she said she knew nothing about the divorce, claiming that no divorce token was ever given to her niece as far as she knew.
"Handina chandinoziva maererano nekurambana kwaRugare nemurume wake nekuti hapana gupuro raakapiwa kuratidza kuti havachasi vese. Solomon anondiziva satete nekuti pavakaroorana vakauya nemumaoko angu asi mashoko ekurambana kwavo handisati ndamaziva," said Rugare Mago, who bears the same name as her niece.local
Share !