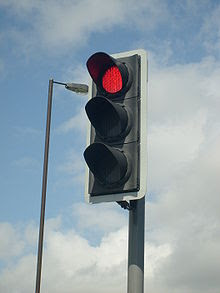 …West, Wart roads to be tarred

CHIREDZI – The Zimbabwe National Road Administration (Zinara), which has already availed US$500 000 to Chiredzi Town Council for road resurfacing, will disburse more funds for the installation of traffic lights and tarring of some roads in Tshovani, TellZim News has learnt.
West and Warth are some of the roads that have been earmarked for surfacing in addition to others that are already undergoing a facelift in the CBD and the low density suburbs.
Zinara availed half a million for resurfacing 13 km of roads as part of its first phase disbursement to the town council for year 2017.
In 2015, there were speculations that the council had found a development partner to upgrade West Road but the deal succumbed to political machinations.
Town engineer, Wesley Kauma said the second phase disbursement will be used to set up traffic lights as well as to surface key roads in Tshovani.
"Resurfacing of roads in the CBD and some parts of the low density suburbs is almost complete. Zinara will provide funds for the second phase and the process of inviting tenders will commence in January 2018.
"The second phase targets such roads as West, Warth and Chitsanga. West Road will be tarred from Shingai to Lyonnais while Warth will end at Chiredzi Poly Clinic.
"We will also construct robots along Inyathi Road as part of projects to be covered by the second phase," said Kauma.
Council chairperson, Francis Moyo said they resurfacing of roads was going on well.
"As you can see, resurfacing of roads is going on very well and we are looking forward to the next phase," said Moyo.local
Share !