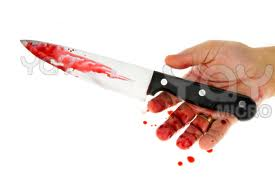 CHIVHU - Benjamin Chida from Mudavanhu village, Chief Neshangwe in Sadza, escaped death by a whisker after he was stabbed on the head by his cousin whom he had tried to discourage from using the back path when passing his homestead, the Chivhu Magistrates Court has heard.
The accused person, Tongesai Maranga stood before Chivhu magistrate Fadzai Mtombeni but denied attempted murder charges arguing that it was a matter of self-defence, claiming the complainant had approached him with a pallet gun.
It is the State's case, as articulated by Nicholas Mabvongodze, that on July 05 this year at around 18:30 hrs, Maranga passed by Chida's homestead using the back path, prompting the complainant to ask him why he liked to use the back instead of the front.
The accused, who was holding an axe, did not respond to the complainant but, instead, struck him thrice on the head with the back of the axe and the victim fell unconscious.
After gaining consciousness, the complainant went into his house, took a pallet gun and proceeded to the accused's house but upon arrival, the accused charged towards him holding an Okapi knife which he used to stab him once on the head.
The complainant's father rescued him and immediately reported the matter at Sadza Police Station leading to the arrest of the accused.
The case was due to continue in the Chivhu Magistrates Court by the time of going to press with witnesses yet to give their side of the case.local
Share !