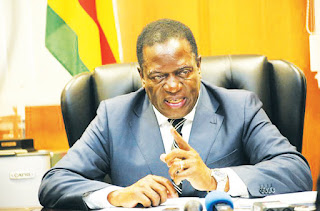 MASVINGO - Even though President Emmerson Mnangagwa has openly urged people to guard against bootlicking him, some Christian denominations under the Faith for the Nation Campaign banner given him a new name Joseph, purportedly to capture the trials and tribulations that the Biblical Joseph son of Jacob endured before he became the only hope for his tribesmen.
During a welcome luncheon for the new Masvingo Provincial Affairs minister Josaya Hungwe organised by the grouping at Flamboyant Hotel, Apostle Andrew Wutaunashe of the Family of God Church hero-worshipped Mnangagwa and equated him to the Biblical Joseph.
Wutaunashe said Mnangagwa and Joseph in the Bible share the same story as both were once vilified but later became saviours.
His message comes after another bootlicking orgy by Destiny for Africa Network founder Obadiah Musindo who said Mnangagwa was 'God-appointed' and said those who oppose him are wasting their time.
"We would like to add another name for the President. He should be called Emmerson Dambudzo Joseph Mnangagwa. He has come to save the country from the dangerous course it had taken.
"As the church, we urge all progressive Zimbabweans and opposition parties to work together in re-building the country under the leadership of President Mnangagwa. He needs our full support," said Apostle Wutaunashe.
He send a message to the Western countries whom he said should lift any form of sanctions imposed on Zimbabwe so that it can move forward.
"We plead with the West to remove any form of sanctions they have on us so that we can develop. Zimbabwe can solve its own problems internally as was shown with the recent events. We do not need the West to set the pace for us and we want to tell the President that the church is fully behind him," said Apostle Wutaunashe.
Hungwe, who was the guest of honour, said he will take the church's message to the President.
"I will go with the message to the President and tell him that the people have faith in your leadership," said Hungwe.politics
Share !