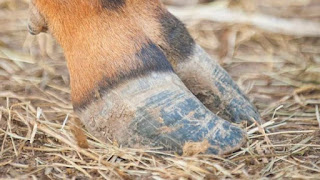 ZAKA – Villagers in the district have said they are worried by an outbreak of foot and mouth cattle diseases in such wards as 18, 19, 20 and 25.
Though Masvingo Provincial Veterinary Officer Dr Enerst Dzimwasha was not immediately available for comment as his phone went unanswered, a villager told TellZim News that cattle movement from Zaka to other areas had been suspended.
"In ward 25, Nyamutake area, a vaccination process was carried out recently after many cattle died of the diseases. We have been told that cattle movement from Zaka to other districts is not allowed because work is being done to contain the spread of the diseases," said the source.
During the Masvingo Agricultural Show in September, it was reported that the exhibition of cattle could not be done due to restricted livestock movement in some districts that were hit by the diseases.local