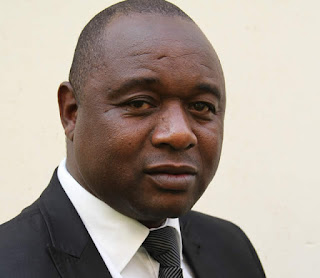 The deputy minister of Lands, Agriculture and Rural Resettlement Davis Marapira who is also Masvingo North Member of Parliament (MP) said government was going on a massive irrigation campaign which seeks to put at least 30 percent of arable land under irrigation in the next five years.
Speaking to TellZim News on Tuesday, Marapira said part of the grand plan was to see arable land being put into irrigation zones across the whole country. He added that it was high time that Zimbabwe started to use modern irrigation technologies.
"Irrigation is on top of my agenda.

We have to work extra hard to make sure that we start using modern technologies for irrigation.
"The arable land in regions four and five can be easily converted into irrigation zones. We are working on a five year target that will see us boosting our agricultural production using irrigation," said Marapira.
For areas such as Chiredzi, Marapira said the government was going to expand sugarcane production.
"We will certainly expand sugarcane production in the Lowveld. You will see more land especially around Tokwe-Mukosi Dam being prepared for more sugarcane production. It is no longer business as usual, we want to make sure Zimbabwe reclaims its bread basket status," added Marapira.
Apart from concentrating on crop production, the deputy minister revealed that the government wanted to embark on citrus production in areas such as Mwenezi and Beitbridge.
"We are also working to start an ambitious citrus production project in areas such as Mwenezi going into Beitbridge. These fruits have ready markets in China. Once we are done with these projects, you will see us getting the much needed foreign currency.
"Agriculture will therefore help us in many ways especially on the creation of employment as well as boosting our economy," added Marapira.
The deputy minister had good news for those interested in cattle ranching saying there were plans to help people to start pasture development.
"You may realise that we are going to introduce a lot of new concepts … these concepts will revive our economy," he added.top news
Share !