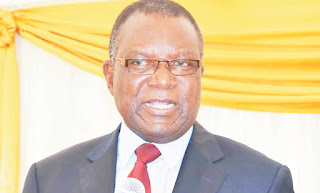 CHIREDZI - Government is eager to dispose of its equity interest in the loss-making Air Zimbabwe after negotiations for Public/Private Partnership (PPP) with Air Malaysia failed due to outstanding debt totalling US$330 million.
Transport and Infrastructural Development minister Joramu Gumbo, who once made a blunt condemnation of national flag carrier as ailing and running noisy aircraft, said privatisation could be the way out of the troubles.
Speaking to TellZim News after the commissioning of the upgraded Nandi Mkwasine railway line recently, Gumbo said Air Zimbabwe, just like National Railways of Zimbabwe (NRZ), was hamstrung by massive debts that repel prospective partnerships.
"We had agreed as government to find a partner for Air Zimbabwe and I was looking at 12 airlines and the first one I was engaging was Air Malaysia because I wanted their planes but later on, I discovered that we had a $330 million debt which could not attract a partnership," said Gumbo.
He indicated that focus had since shifted to the Zimbabwe Aviation Leasing Company (ZALC) to take over from where negotiations with Air Malaysia have been left.
"I have now shifted the work that I have done to private people like DIDG who are in the diaspora and I gave that opportunity to a company called Zimbabwe Aviation Leasing Company to take over from where I have left in the negotiations with Air Malaysia," he said.
DIDG stands for Diaspora Infrastructure Development Group which is understood to be a consortium of Zimbabweans living outside the country. The company is expected to facilitate the acquisition of aeroplanes under a lease agreement.
Before the fall Robert Mugabe last month, Gumbo was widely reported to have been at the centre of an alleged plot to liquidate Air Zimbabwe while creating a new airline owned by the former president and his relatives.local