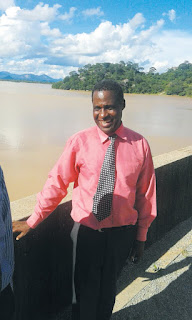 MASVINGO – There was consternation at the late Bikita District Schools Inspector (DSI) Zacharia Makopa's home in Rhodene last week when members of his family angrily chased the deceased's workmates from the funeral gathering, accusing them of killing the deceased through witchcraft.
Makopa died in Harare last week in what was said to be a food poisoning case. He had been Bikita DSI since last year after taking over from Lawrence Jenjezwa who had passed away after a short illness.
Two Bikita district education officials who visited Makopa's home to pay their last respects got more than they had bargained for when they found themselves being accused of killing Makopa out of envy for his job.
"The deceased's wife and her sons clearly pointed out that….(name withheld) was not welcome at the funeral but they were restrained by other family members from attacking her," said a source.
It is also believed that the person whom the family regards as the prime suspect in the whole poison saga was warned against setting his foot at the household by officials from the Education ministry because the family had communicated that they did not want to see him at the funeral gathering.
Other sources said the DSI post in Bikita has become shrouded in superstition after Makopa's predecessor died in what some suspected to be an act of witchcraft.
Makopa complained of stomach pains and was taken to Masvingo before being transferred to Harare where he died before he could be put on a dialysis machine to flash out the poison.local
Share !