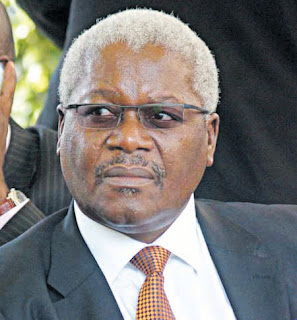 MUTARE – The opposition MDC-T has urged President Emmerson Mnangagwa to desist from 'factional arrests' that have seen only members of the defeated G40 faction, real or perceived, being arrested or ostracised under the just-ended Operation Restore Legacy.
Speaking to TellZim News, MDC-T Manicaland provincial spokesperson Trevor Saruwaka said the fight against corruption should not only be done along factional lines but should be objective.
"It is good that the President and the army were sweeping away corrupt elements from government but this should not be done for factional reasons. We feel that more can still be done to bring to book corrupt elements that have made it into the new cabinet.
The sentiments come after the arrest of former Finance minister Ignatius Chombo for crimes allegedly committed during his tenure as Local Government minister and former Zanu PF national youth secretary Kudzai Chipanga.
Saruwaka also questioned the manner by which Meikles Park was awarded to an Esau Mupfumi, saying the deal was opaque and left a lot to be desired.
"Corruption has been happening and I wonder how a place at the middle of the Central Business District (CBD) was given to one individual under unclear circumstances. The place was supposed to benefit everyone in the town.
The Meikles Park was a favourite spot for vending activities, church events and demonstrations but it now belongs to Mupfumi who has indicated that he wants to build a shopping mall and hotel on the land.top news
Share !