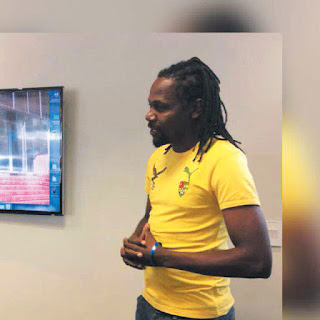 MASVINGO - Mucheke Pirates FC have rebranded to Masvingo Pirates FC as a way of adopting an identity that is more representative of the team's broad base of players, fans as well as other stakeholders.
This development came out during the team's annual executive meeting which was held last week Wednesday in the city.
In a phone interview, team spokesperson Godfrey Mtimba said the executive met and decided to change the name of the team since it was noticed that the previous name seemed not to be representative of all stakeholders.
"Our executive realised that the name Mucheke was associated with a small community or one suburb yet we represent a very big community; that is the whole province. That's why we chose the name Masvingo Pirates, we want to be identified with all the seven districts of the province.
"We represent all the districts in the football circles of the country. This rebranding is part of preparations for next season since we are looking forward to great things to come," said Mtimba.
Dzinochekwa Baba, as the team has affectionately been known, will continue next season with new mentor Ezekiel Mutoda who took over the hot seat from Johannes Nhumwa a few games before the end of last season.
Mtimba confirmed the development saying the executive was impressed by the coach and a decision was made to renew his contract going into next season.
"The executive resolved to extend his contract for the next season. This was after an impressive run following his take over from Nhumwa," Mtimba said.
In their campaign next season, Masvingo Pirates will be tussling it out for the honours with another home-grown team, Masvingo United that got promoted into Division One this very season.
Last season, Dzinochekwa Baba finished fourth in the Eastern Region Division One league; trailing regional champions Mutare City, Buffaloes and Tenax FC.sport
Share !