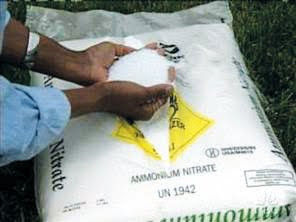 MWENEZI – Some A1 farmers in Mufula area under Chief Chitanga in Ward 13 are reportedly selling inputs they received under the Command Agriculture programme, TellZim News has learnt.
Sources said buyers from all over the district and elsewhere were flocking to the area to grab the fertiliser that is reportedly going for a song.
"Farmers were given fertilisers and cotton seeds to plant under the Command Agriculture scheme. Due to desperation, farmers are only planting the cotton seeds and selling the fertilisers that must be used to nurture the crop. Some are even selling a 50 kg bag of fertiliser for US$6. This has attracted a lot of prospective buyers," said a source.
TellZim News has also learnt that some buyers were recently intercepted by Mwenezi police detectives and the culprits were due to appear in court by the time of going to print.
It is illegal to use inputs obtained through the programme for any other purposes other than what they are meant for.
Ward 13 councillor Takura Mudavose confirmed having received reports that people were abusing the inputs and said he will continue to tell people not to sell the inputs.
"I have heard reports that some farmers are selling the fertiliser to third parties and that is totally unacceptable. I will have to do my own investigation to establish if that is true.
"I will also embark on a sensitisation programme to warn farmers that they will face the full wrath of the law if they engage in such actions," said Mudavose.
Many people have already been prosecuted across the country for offenses involving the theft and/or abuse of Command Agriculture inputs.local
Share !