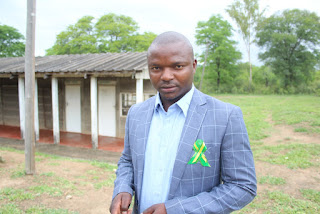 MASVINGO – Walter Mzembi could lose the right to represent Zanu PF in Masvingo South constituency in elections due next year with reports that many traditional leaders have withdrawn their support for him and are routing for fresh blood including philanthropist Wilson Maride.
Traditional leaders have been known to be the bedrock of support for Zanu PF candidates in the rural areas.
Like many other ruling party candidates, Mzembi has been riding on their support but he now finds himself on the back foot after he aligned himself with the vanquished G40 faction at the height of Zanu PF factional battles.
Mzembi has also been accused of being an absentee Member of Parliament who did nothing for his people and was therefore much loved in Harare than his own home area.
Last week, Chief Maregere was the first to come out in the open withdrawing his support for Mzembi while pledging his support for Maride who is known for the work being done by his Maride Foundation.
"The government led by our new President Emmerson Dambudzo Munangagwa should give us youthful leaders like Wilson Maride who are assisting to develop our communities," said Chief Maregere.
He was speaking at the Youth Build Zimbabwe (YBZ) graduation and infrastructure handover ceremony held at Makove Secondary School where Maride helped to build a classroom block and toilets.
"He partnered with us on the construction of this block by providing cement, food for builders. He also donated sign posts to other schools and helped create many projects including mushandirapamwe for women. We want him to be our MP," the traditional leaders said.
YBZ is a National Youth Service programme meant to enhance youth visibility and participation in peace building efforts as well as to direct youth energy towards national development.
Other people who spoke to TellZim News on the sidelines of the event said Mzembi had been riding on his closeness to former President Robert Mugabe and his wife Grace but did not have political clout of his own in the grassroots.
"Many other traditional leaders have already abandoned him and they will not support him even if he does not get dismissed from the party. He did nothing for the people so his record his is bad," said one youth.
As Tourism minister, Mzembi was criticised for not marketing local tourist attractions like Great Zimbabwe. When he lost his post as Foreign Affairs minister last month, he had drawn widespread condemnation after he revived his efforts to seize Banquest Farm from its productive owner, Hellen Mitchell.local
Share !