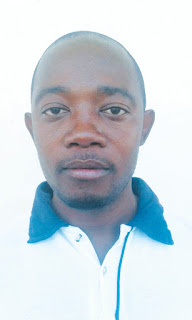 CHIREDZI – The MDC-T youth league in the district has slammed the 'middleman' role that the military seems to have assumed in the country's body politic, saying the new dispensation promised by President Emmerson Mnangagwa is nothing by a mirage as demonstrated by the faces in his cabinet.
The league said Mnangagwa, no matter how well-meant he may be, will not have it his own way and will have to please the power brokers in the army every step of the way.
Chiredzi district MDC-T youth leader and Ward One councillor, Gibson Hwende said the country remained a hard-sell to potential investors as the president has militarised the cabinet much like never before in the country's troubled 37 years of independence.
"The military did not act in the interests of the people as we thought at first. They were vying for senior government posts as indicated by the appointment of Major General Sibusiso Moyo and Air Marshal Perence Shiri as cabinet ministers.
"Where the military is in control, I don't think there is anyone who will want to invest. We thought that after Mugabe, we were going to have a new political dispensation in terms of investment and depolarisation but how can it be achieved when old horses have been returned to compete in the race," said Hwende in reference to the 'deadwood' that Mnangagwa has retained in his cabinet.
Hwende challenged the youths to take responsibility by registering to vote, saying Mnangagwa's blunders were a blessing to the country as there was no longer any doubt that, just like Mugabe, he put his own and the interests of his cronies before those of the country.
"As MDC-T youths, we look at the new cabinet as a pointer to our party's victory come 2018. We had thought giving Mnangagwa a second chance would inject new blood in terms of representation in ministerial posts. Youths and women have been marginalised as the same old failed faces have been retained.
"People like July Moyo who failed his ministry when I was still doing my 'O' levels has been brought back and we can't expect anything new from him," said Hwende.local
Share !