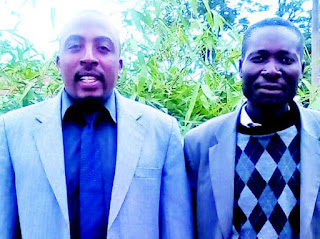 MASVINGO – The Zimbabwe National Teachers Union (Zinatu) has been officially launched here amid optimism that the interests of teachers will find new momentum in the employer/labour relations.
Zinatu provincial chairperson Misheck Kudzaishe Mhike said the union had already hit the ground running by setting up committees in all districts of the province.
"Since our launch in Masvingo earlier this month (November), we have managed to set up structures in all districts and membership is increasing every day," said Mhike.
He said the union is aimed at restoring the profession's dignity and improve teachers' welfare.
"As an organisation we want to work for the welfare of teachers and revisit the remuneration issue while pushing for the reintroducing of grades. For now, all teachers are receiving the similar salary regardless of qualifications," said Mhike.
He also said the union will create projects for its members as well as its own funeral policies and its own pension fund.
The union was formed in June last year but was officially registered with the Ministry of Public Service, Labor and Social Welfare in April this year.
The national president of the union is Davy Mudhebha from Murambinda Government High School.
Provincial vice chairperson is Gladys Dangwa from Terrygoes Mufakose High School in Triangle while Trust Mavambira from Cheninga School in Bikita is the secretary.
Masvingo is set to hold the International Teachers' Day celebration on December 04 at the Charles Austin Theatre.local
Share !