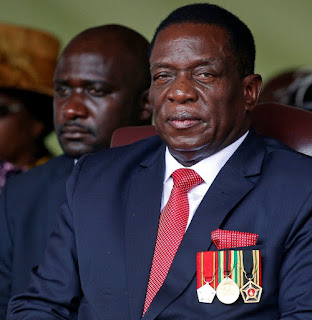 …says it's a shameless disregard of standards

GWERU – Former Minister of Higher and Tertiary Education, Prof Jonathan Moyo last week attacked the conferment of President Emmerson Mnangagwa with a Honourary Doctor of Law Degree, saying it was shameless disregard of protocol.
Mnangagwa was given the honourary degree during a graduation ceremony held at Midlands State University (MSU) held on December 2.
Prof Moyo argued that no such honour can properly be awarded in the absence of a university chancellor.
"For the State University to offer its Chancellor an Honourary Doctorate, there's a process between council, the Vice Chancellor, the Minister and the Chancellor. In this case there was no Minister and no Chancellor. This is a shameless disregard of standards," Prof Moyo lashed out in a Twitter rant.
The new cabinet was announced on November 30 but ministers only took oath of office on December 4, meaning the new Higher Education minister Prof Amon Murwira had not effectively assumed office prior to that.
Mnangagwa, who capped 6 612 graduates, was installed MSU chancellor at the same occasion and he thanked the university for honouring him.
"It is a great honour to be invited to be the second chancellor of this great university. My sincere thanks also go to those who have made it possible for this installation ceremony to materialise and for me to be eased into this great office on this scholarly platform and into this majestic and weighty robe.
"I was indeed part of the team that lobbied government and the national leadership then on the need to establish a national university in the Midlands province. I remember very vividly the intensity and incisive debates that took place then as we navigated through obstacles, snags and other impediments all in a bid to perfect the ideas that would give birth to this grand institution," Mnangagwa said.
It is said MSU had always wanted to honour Mnangagwa but was being blocked by fear of Robert Mugabe who reportedly did not like the idea.politics
Share !