Home » Top Story » Report to me not police: MP Chakona

Report to me not police: MP Chakona 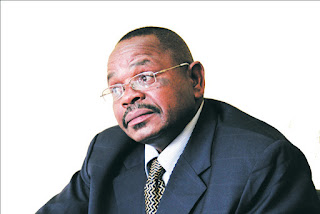 ZAKA – Some Zanu PF officials have been arrested by members of the Zimbabwe Republic Police (ZRP) and the Zimbabwe National Army (ZNA) for alleged corruption associated with the Presidential Input Scheme.
Though police in Masvingo said they had not yet received the case, TellZim News understands that the arrested are Ward 19A chairperson Gladys Chari popularly known as Mahembe, Ward 19 shadow councillor Milton Chikwenhere and Ward 19B chairperson identified as Toruvanda.
Chari is also Zaka Central Member of Parliament Paradzai Chakona's campaign manager.
MDC-T Ward 19 councillor Peter Imbayarwo said he heard of the arrests but added that he was not well versed with the issue because Zanu PF discriminates against opposition members when inputs are distributed.
"I was not there when the said crime was committed for they do it on their own though it is a government project in which government officials and all councillors should be involved," said Imbayarwo.
Other sources said the accused were reported to the police by disgruntled beneficiaries who were made to pay a dollar each although the programme should benefit all the people free of charge.
The sources said Zanu PF Ward 18 Councillor Daniel Mativenga and ward chairperson David Kumutsana were also reported to the police on similar allegations.
By the time of going to press, Chari and team were due to appear in court for fraudulently collecting US$300 from beneficiaries of the input scheme.
When contacted for comment, Chakona said he heard about the incident from the police.
Surprisingly, he lashed out at those who reported the alleged fraud, saying they should have reported to him and not to the police 'so as not to tarnish the image of the programme'.
"People have to pay for transport and off loaders, and people agree first before paying and those interested pay and those who refuse will not benefit. It's the opposition people who go and report such matters after they have benefited," said Chakona.top news
Share !