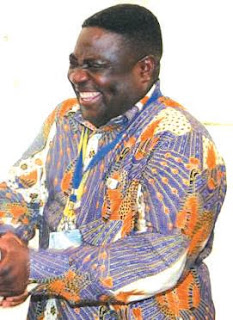 Retired Lieutenant General Engelbert Rugeje has assumed the most senior Zanu PF post in Masvingo province after President Emmerson Mnangagwa's recent politburo appointments that saw him dislodging the long-time godfather Josaya Hungwe who now ranks a lowly fifth on the hierarchy of power in the revolutionary party.
Rtd Lt Gen Rugeje, who hails from Bikita, was appointed national secretary for the commissariat; a position which automatically making him the most senior and high ranking Zanu PF politburo member from Masvingo.
Other heavyweights in the politburo from the province include Lovemore Matuke—national secretary for security, Paul Mangwana— national secretary for legal affairs and Pupurai Togarepi—national secretary for youth affairs.
After the military's Operation Restore Legacy which saw the resignation of former President Robert Mugabe, the new President Emmerson Mnangagwa has begun appointing high ranking military officials to all strategic positions, with Masvingo – his perceived political bedrock – now under the former military man.
Although Rtd Lt Gen Rugeje's mobile went unanswered by the time of going to print, Masvingo provincial chairperson Ezra Chadzamira said he was confident with the appointment of Rtd Lt Gen Rugeje as the national commissar.
"In as far as who is the most senior in the province is concerned, I cannot comment on that but you have to go and check the Zanu PF politburo hierarchy. As a province, however, we welcome the appointment of Lt Gen Rugeje.
"He is a man we know very well and he is a dedicated cadre. In 2013, Gen Rugeje worked very hard together with Lovemore Matuke to deliver all the 26 constituencies to Zanu PF," said Chadzamira.
He praised Rtd Lt Gen Rugeje as a man who follows protocol and does not tolerate short cuts, saying the province will be better with him.
"Lt Gen Rugeje is a no nonsense man who follows protocol not what used to be done by others who ran the commissariat like their own personal tuckshop," said Chadzamira.
Political analyst Dr Takavafira Zhou said the appointment of Rtd Lt Gen Rugeje to the national commissariat is an indication that Zanu PF is strategically positioning itself for the 2018 elections.
"Gen Rugeje has a history of violence and intimidation since 2008 and this goes to show that any dream for a free and fair election next year will remain a dream.
"We know how Gen Rugeje operates and opposition forces have to brace up for a bitter election campaign next year," said Dr Zhou.local
Share !