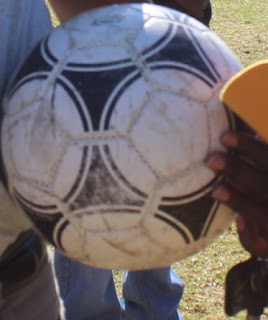 SHURUGWI – The elevation of Nichrut FC to the Premier Soccer League has given hope to football lovers in the town that the trophy will one day be won by the local team as more people are now more prepared than ever before to go to the stadium.
Nichrut FC blasted into top flight football after their 1-0 defeat of Chrome Stars in the final match played in Kwekwe last month.
"I am very happy that there will be a local team in the PSL as from next season. I am now ready to go to the stadium and support the team. People in Shurugwi had for long been demoralised by having to spend money supporting only division football so it's a good thing that we have made progress," said one supporter.
Nichrut FC coach John Nyikadzino assured supporters that things will never be the same again for Shurugwi football now that a home-grown team will soon be competing in the PSL
"It is by the grace of God that our team played well and gained promotion into PSL. We promise to put up a good fight in that league so that we don't let down our valued supporters who stood by us throughout our Division 1 campaign," Nyikadzino said.
He also added that the promotion meant more hard work so as to satisfy the expectations of all team supporters in the town and beyond.
"It's our time to shine and bring more joy to Shurugwi. The league was very tight and tricky for us but we did our best and the Almighty carried the day for us. All thanks go to the club owner who made strenuous efforts to ensure we make ends meet," he said.
Shurugwi had never produced a PSL team though some great names like Kingstone Rinemhota, Thomas Makwasha and Rodwell Dhlakama have their roots there.sport
Share !