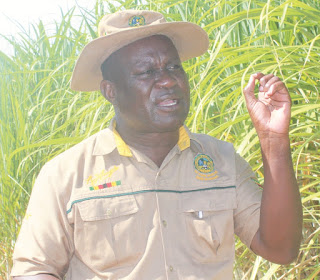 The Zimbabwe Diabetes Association (ZDA) has elected former police commissioner Edmore Veterai as its Masvingo provincial chairperson.
The organisation said the appointment of Veterai will help move the association's goals of mitigating the dangers posed by diabetes.
Statistics on diabetes in Zimbabwe have been described in some quarters as not up to date but in 2005, it was found that 10 percent of the population was diabetic.
"As the new provincial chairperson together with my executive, I am going to make sure that all the people who are diabetic make the right choices regarding their conditions.
"We have had incidences where people are misled by prophets that their diabetic conditions can be healed through prayer and are given anointing oil but that should not be the case. People should get tested for diabetes and start treatment.
"You do not need anointing water or oil but just some insulin from nearby medical facilities an appropriate diet," said Veterai.
He said people needed to avoid stress and exercise a lot in order to manage sugar levels.
ZDA donated soccer balls to each of the seven districts in Masvingo so that people can exercise.  A donation of five bags of maize and five of sugar beans and cases of sugar was also made at Ratidzo Zimcare Trust.local
Share !