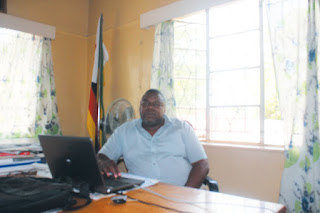 MASVINGO - The number of registered voters in the province under the Biometric Voter Registration (BVR) system continues to rise with women maintaining their dominance as of December 13, 2017.
According to the Zimbabwe Electoral Commission (ZEC) statistics, the total number of people who registered in the province on that date stood at 496 032.
Females constituted 290 591 of the registrants while males were 205 441. A total number of 10 967 prospective voters were turned away since the beginning of the process.
In an interview with TellZim News, provincial elections officer Zex Pudurai said a meeting was held last week with stakeholders from Masvingo and Manicaland provinces to analyse progress.
"We are engaging with political parties, civil societies, and other stakeholders as a way of understanding their concerns. Political parties and civil society held another meeting in Harare aimed at engaging ZEC on what they consider to be a need to give the process more time," Pudurai said.
He also said the number of youths who are registering was also steadily increasing probably due to greater voter education and awareness.
The fourth phase of the BVR blitz, which is targeted at Bikita and Zaka districts, ends on December 19.local
Share !