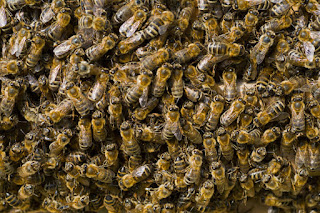 ZAKA – Tariro Matiki of Muchimbiri village under chief Ndanga died last week after she was attacked by a swarm of bees while trying to save her grandchildren from the same bees.
A close relative to the deceased confirmed the death and said Matiki's grandchildren were attacked by the bees while hunting and when she tried to help them by covering them with her clothes, the bees turned against her.
"Her grandchildren were chasing a wild cat with their dogs just close to the homestead. The cat climbed onto a tree which was home to a beehive. The rattled bees attacked the people at home and Matiki took off her clothes to cover the boys before the bees turned onto her," said the relative.
The relative said she was attacked in the full view of other villagers including her husband but they could not help her.
She was later rushed to Ndanga District Hospital where she was pronounce dead on arrival. The person who rushed her to hospital was also admitted for treatment of bee bites and was later discharged.local
Share !