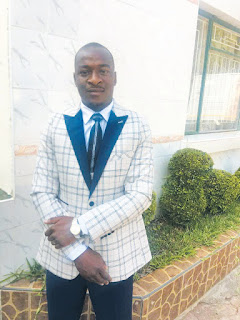 CHIREDZI - Formers Warriors superstars Zenzo Moyo and Joel Lupahla will grace the Abrigo Soccer Tournament in Mkwasine on the December 16 as a way of ploughing back to the community.
The tournament, which is being sponsored by a Bulawayo-based company Abrigo Private Limited will be held in Mkwasine Estates with four teams; Mkwasine ZRP, Scott FC, Dereck FC and Abrigo FC taking part.
Abrigo Private Limited director Alson Jasi, who was born and bred in Mkwasine, was one of the three best young business people on the Commercial Bank of Zimbabwe (CBZ)'s Young Entrepreneur Programme.
Jasi said the soccer tournament was a way of ploughing back to the community where he grew in. He said the idea was also to put a smile on he faces of the people there.
"Abrigo Soccer Tournament will host four soccer teams in Chiredzi; Mkwasine ZRP, Scott FC, Dereck FC and Abrigo FC. The number one will walk away with $3 000 and a football kit.
"Number two will get $1 500 and a football kit. Best player of the tournament will get $250 while top goal scorer will earn $250. The best coach will receive an amount of $250," said Jasi.
Premier Soccer League (PSL) giants Highlanders vice-captain Gabriel Nyoni is Abrigo FC coach.sport