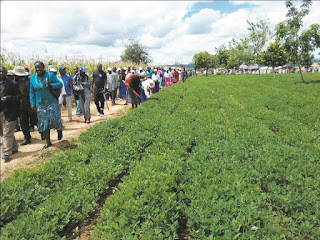 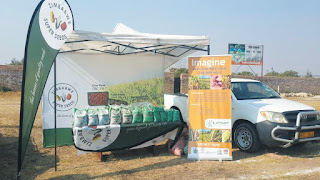 MASVINGO – Zimbabwe Super Seeds (ZSS) celebrated its six years by inviting famers and other stakeholders for a three-day workshop held at Flamboyant Hotel this week.
ZSS managing director Nelson Munyaka said the conference was meant, among other things, to increase awareness on climate change.
"We are celebrating continuous supply of smart seeds to the country from 2011 to 2017. We also want to provide a learning platform for various stakeholders on the work they are doing in relation to seed supply and food security.
"We have brought together researchers, farmers, extension practitioners and industry to share experiences, compare notes and develop a common vision," said Munyaka.
Farmers who attended the workshop praised ZSS for being an indigenous company which produces quality seeds that are in agreement with local climatic conditions and soil types.
Other stakeholders present included researchers from Great Zimbabwe University (GZU) University of Zimbabwe (UZ) and Chinhoyi University Technology (CUT)
The company was formed in the 2011/12 cropping season in Zaka district. By then, it was called Zaka Super Seeds but was later renamed Zimbabwe Super Seeds.
In 2013, ZSS spread to Masvingo and Gutu, and in 2015, to Mutasa and Makoni with Mwenezi, Mberengwa and Bikita being 2016 additions.
"The marketing of ZSS seeds is now going national. We have increased output from 460 to 1 160 metric tonnes; representing a 152 percent production growth rate," said Munyaka.local
Share !