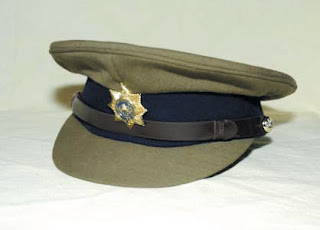 MASVINGO - Hilda Kandemire, who is wife to a police sergeant at Zimuto Camp, was on Monday brought before magistrate Peter Madiba facing fraud charges of duping Tichaona Zimunya of US$450 and Miriam Mhlanga of 80 chickens and vegetables worth US$486 on the same day.
Kandemire was asked to restitute both parties by January 31, 2018 or face 90 days imprisonment.
It was the State's case that on January 27, 2017, Kandemire approached Zimunya, who resides at 20466 Bandwe Street, Rujeko and told him that she was selling tomatoes.
She was given US$300 and 50 empty creates of tomatoes.
On the same day, the accused demanded a top up of US$450 so that she could buy the tomatoes that Zimunya had requested and ran away.
The complainant checked on the accused person several times and he only received US$120 through EcoCash.
Kandemire allegedly gave US$180 to Mike Muduma to give to Zimunya before going away to an unknown destination.
Zimunya later recovered his empty crates at Zimuto camp.
On the very same day, Kandemire approached Mhlanga and advised her that she had found a buyer for her 80 chickens and six vegetables at Continental Restaurant.
They both went to Continental Restaurant to deliver the chickens and vegetables to the said buyer Celine Debock.
They however failed to locate Debock and the accused persuaded Mhlanga to leave the chickens in her custody waiting for the buyer.
She later diverted from the original plan and sold the chickens and vegetables to an unknown buyer.
The matter came to light when the Mhlanga approached Debock for payment only to be told that Kandemire did not sell the chickens to her.
Investigations were made leading to the arrest of Kandemire who had recently returned home.
Polite Chikiwa represented the State.local
Share !