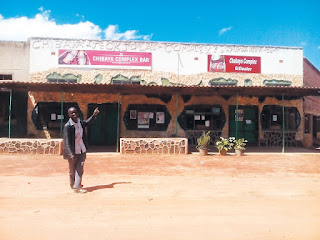 Nemanwa – There are no secrets to success as it is the result of preparation, hard work and learning from failure.
These are the words that Stanford Chibaya, a rising entrepreneur affectionately known by his friends, admirers and customers as Jecksolas, recites every day.
The devout Zion Christian Church (ZCC) member refers himself as a doctor of business, dominating Nemanwa growth point with grocery shops, night clubs, restaurants, saloons, hard wares, butcheries, clothing shops among others.
Currently, he is doing finishing touches on a state-of-art business complex which will change the face of Nemanwa once completed.
Born in 1973, Chibaya grew up in a family of business people. His father, Edson Imbayago Chibaya sold vegetables and farm produce on a bicycle.  He says he is inspired by his paternal grandfather, Salatiel Masa who runs his own businesses in Masvingo rural district.
By 1999, Chibaya was running tuckshops and a bigger business in Harare where he was an agent for Lobels. He was also the chairperson of the Zanu PF Chiedza branch in Glen Norah and worked with the likes of Joseph Chinotimba and Peter Mairesera.
He fell victim to Operation Murambatsvina which drove him out of Harare back Nemanwa growth point where he started off by selling fruits at the vegetable market before moving to a shop at a place called Acurios.
Chibaya later acquired a stand at the growth point where he built his first shop, leading to a successful business venture counting five shops in his name.
The humble businessman went to Makasi Primary School in Mapanzure and later attended Mapanzure Secondary School. He later moved to Mudavanhu Secondary School where he shared a desk with current Masvingo Rural District Council chief executive officer Martin Mubviro.
After 'O' level, he then went to start small businesses.
Chibaya owns several cars and a descend house in the low density suburb at Nemanwa. 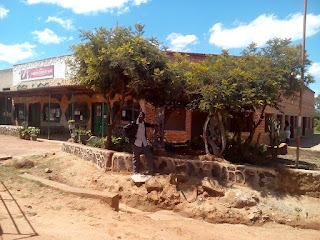 Driven by passion and hard work, Chibaya is growing bigger in business but he maintains a humble life style.
He told TellZim News he has no shame selling anything that is profitable no matter however small or basic. TellZim News recently saw him driving his small lorry to Masvingo town to sell mashuku/mazhanje.
The business man also makes sure that his six children and other relatives that he looks after are active in different skills including farming. He is well-known in the area for being a good community leader who has helped many people to find their own footing.
Chibaya is also chairperson of an electricity connection committee in Nemamwa and a Zanu PF branch chairperson who has ambitions to be a councillor.
Givemore Gabarinocheka, a Nemanwa resident, described Chibaya as a hard working fellow who yearns for development. He said Chibaya was a blessing to the community because a lot of people know him for helping others.
"Chibaya is one of a kind; he is a hardworking businessman who is poised for bigger things. He helps a lot in this community and he is a very good man," Gabarinocheka said.business
Share !